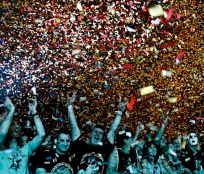 JAPANESE DRUG MANUFACTURER, TAKEDA, HIT WITH A $6 BILLION PUNITIVE DAMAGE AWARD BASED ON ALLEGED SPOLIATION AND CONCEALMENT OF EVIDENCE (AND THE PASSION AND PREJUDICE OF THE JURY).

In reliance on recent Supreme Court decisions, manufacturers may have thought that punitive damage awards hundreds of times the compensatory damages in a case were not supposed to happen anymore. But a jury in Lafayette, Louisiana thought differently on April 7, 2014 when it awarded punitive damages of $6 billion (or 6,100 times the compensatory award) against Takeda, a manufacturer of the drug Actos®, and $3 billion against Eli Lilly. In Re Actos (Pioglitazone) Products Liability Litigation, MDL No. 6:11-md-2299, Rec. Doc. 4108 (W.D.La..A. April 7, 2014).

Takeda Pharmaceutical Company, Ltd. (and related companies) and Eli Lilly & Company are defendants in multi-district litigation (“MDL”) in federal court related to the drug Actos®. This drug is used by diabetics in hopes that they achieve better cardiovascular outcomes. Takeda allegedly learned and then concealed internal 2004 studies showing there was a very high rate of bladder cancer associated with use of Actos®. This information did not come to light until 2011 when a French scientist wrote about his findings concerning the relationship between bladder cancer and the use of Actos®.

Two individual “Actos®” plaintiffs, Mr. and Mrs. Allan, proceeded to trial in April 2014 in the federal MDL proceedings in Lafayette, Louisiana. One of the principal issues in the trial was quantification of punitive damages against Takeda. Plaintiff introduced evidence that:

See Rec. In Re Actos (Pioglitazone) Products Liability Litigation, MDL No. 6:11-md-2299, Rec. Doc. 4423, Opposition of Plaintiffs to Motion for New Trial by Defendants. Takeda’s evidence and its denials of these claims were unconvincing to the jury, which awarded $6 billion in punitive damages against Takeda.

In post-trial briefs, Takeda argued that the punitive damage award should be reduced to the amount of the compensatory damage award of $1.475 million because:

Note: Takeda apparently faced an “up-hill battle” with respect to spoliation of its employee e-mails based upon the district court’s allowing an adverse inference instruction for the jury to use in considering the alleged destruction of e-mail evidence and the alleged failure of Takeda to abide by its internal litigation holds.

Takeda filed a Motion for a New Trial under Fed. R. Civ. P. 59 for a new trial on all of the Plaintiffs’ claims, or for a reduction of the punitive damages award. The motion was granted in part and denied in part. The Court reduced the “runaway” jury verdict, though not to the “single-digit ratio” that would satisfy Due Process requirements, as recommended by the Supreme Court in State Farm v. Campbell. Instead, the Court imposed punitive damages of $27,656,250.00 against Takeda and $9,218,750.00 against Eli Lilly, amounting to a 25:1 ratio of punitive to compensatory damages.