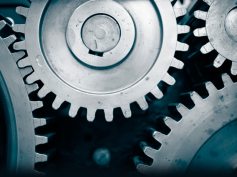 Payne involved injury to a 13 year-old boy who climbed onto an oil well pump’s pendulum to ride it up and down like a seesaw. During this ride, the plaintiff’s pants caught in the pump and he was hurt.

The plaintiff in Matthews, supra, lost an eye when the Remington rifle he had borrowed exploded in his face. When plaintiff pulled the trigger on the rifle, it was missing a pin that was approximately 7/10” long and 1/4” in diameter. The manufacturer apparently conceded that the rifle would either misfire or explode if it was fired without the pin in place.

In a judge trial, the district court found that the pin was missing and the gun manufacturer, Remington, had no liability under the LPLA because it did not “reasonably anticipate” that a user would pull the trigger without a pin in place. Based upon the clearly erroneous rule, the appellate court declined to reverse the district court’s finding of fact on “reasonably anticipated use.”

In Batiste, the plaintiff worked at a steel plant. In performing his job, plaintiff occasionally had to stand 40 feet above the plant floor on a 14” wide beam to screw in electrode cylinders that were used in the steel furnaces. In order to install the replacement electrodes into place, plaintiff also had to use a chain wrench to tighten the electrode. Plaintiff slipped on the electrode as he was tightening it, and fell 40 feet to the plant floor, injuring his spine in the accident.

Plaintiff brought a defective design claim against the wrench manufacturer. This claim was dismissed on the grounds that plaintiff’s employer was not in compliance with OSHA regulations for working in high places, and the wrench manufacturer did not reasonably anticipate that someone would use the wrench “… to do something for which it was not intended, under circumstances which were not in compliance with OSHA regulations and which even the plaintiff knew to be highly dangerous.”

The electrode manufacturer was sued based on a failure-to-warn claim. Under the LPLA, a manufacturer need not give a warning where the user or handler knows or reasonably should know of the characteristic of the product that may cause damage. Here, it was undisputed that the plaintiff had actual knowledge of the dangers associated with installing an electrode 40 feet above the floor, and therefore, there was no need to warn the plaintiff of the potential hazard of falling while installing an electrode by standing on a 14 inch wide beam 40 feet above the floor without railings or a safety harness.

Based upon the en banc decision of the U.S. Fifth Circuit, Kampen v. American Isuzu Motors, Inc., 157 F.3d 306 (5th Cir. 1998), the district court granted a judgment as a matter of law at the close of plaintiff’s case-in-chief dismissing plaintiff’s claim under the LPLA on the grounds that the use of the drill with the plaintiff working underneath the drilling bit was not a “reasonably anticipated use.”

The U.S. Fifth Circuit reversed the trial court dismissal and held that a jury should have decided what the “reasonably anticipated use” of the drilling bit was, particularly where there was evidence in the record that the normal operating procedure for the drilling machinery required that workers – like plaintiff – work under the drill bit suspended overhead. The Fifth Circuit found that plaintiff had presented evidence in his case-in-chief that the manufacturer should have known that persons were acting contrary to the operator’s manual warnings to not work underneath the drill bits. It also distinguished the Kampen case on the grounds that the manufacturer in Kampen was unaware that users were ignoring the express warnings by the manufacturer in the operator’s manual for that product.