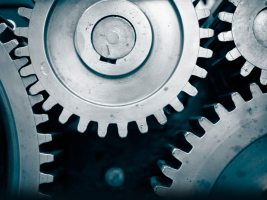 In opposition of Defendant’s motion for summary judgment, Plaintiff filed an affidavit from his expert in accident reconstruction, Dr. Richard Baratta. The trial court excluded Dr. Baratta’s curriculum vitae as inadmissible because it was unsworn and uncertified, as was the data reviewed by Dr. Baratta in forming his opinion.

Plaintiff failed to show a disputed issue of fact for trial that there was a defect in construction or composition in his car. The vehicle’s manual stated plainly that the airbags “may not inflate” in some front-end collisions, and were designed to inflate in “higher severity side collisions.” The court held that Plaintiff could not show that his collision was of a type for which the airbags should have deployed.

Dr. Baratta was no help to Plaintiff’s case because: (1) his CV was inadmissible and thus he was not established as an expert, and (2) his conclusory opinions were unsupported “by any factual evidence and contained no explanation as to how he reached his conclusion.”

Plaintiff similarly failed to show a design defect because Plaintiff’s expert “proposed no other design for the product, and, indeed, admitted that he did not develop an alternative design.”

On Plaintiff’s warning claim, Plaintiff’s expert did not specify what warning was inadequate, did not offer a proposed adequate warning, and did not provide any evidence to support this claim. The court further noted that the car’s operator manual states the side airbags ordinarily do not inflate in front or rear-end collisions, which were the impacts suffered by Plaintiff’s vehicle, and thus the warning was adequate.

Plaintiff’s express warranty claim under the LPLA failed because he did not point to a specific warranty that induced him to buy the car, did not prove that such warranty was untrue, and did not show that the failure to conform to a warranty caused his injuries. Plaintiff’s claim that “he, as a consumer, bought the vehicle because [the manufacturer] warranted that ‘[the vehicle] will perform like it is supposed to’” was deemed a “general warranty” that could not be accepted for the purposes of an express warranty claim.

Underlying and undermining each of Plaintiff’s claims was a fatal flaw, raised by the court, that Plaintiff failed to present evidence that the vehicle’s airbag system “was in substantially the same condition as it was when it left its manufacturer’s control and that there were no alterations or modifications to the vehicle’s air bag system.” Plaintiff did not even present evidence that the alleged defect was not caused by the accident itself.

In dissent, Justice Hughes noted that summary judgment was not proper because the CV was excluded as unsworn and unverified. Rhetorically, Judge Hughes asked “[m]ust an affidavit be obtained from each school and each publisher?” Judge Hughes further noted that “assessing the credibility of experts is the province of the fact finder, and there may be no “greater gift to a defense attorney than a Plaintiff’s expert with an inaccurate C.V.”